Jan Ken Po Gakko is a non-profit parent cooperative program that aims to educate children and their families about Japanese-American culture through exploration in language, music, arts and cooking. Jan Ken Po Gakko is primarily funded by an arts and crafts fair held in the fall.  “Only two things which people give children have intrinsic value,” says an unknown philosopher, “roots and wings”.   The name, Jan Ken Po Gakko, was adopted from a Japanese children’s game, it is an Americanized version of Jan Ken Pon (paper-scissors-stone). The name illustrates the emphasis the parents wanted to place about learning Japanese culture within an atmosphere of fun. Mrs. Fumiko Nishio, a Kibei (American born and educated in Japan), added a symbolic interpretation to the name when told about the school. She commented, “Maa, rippa na namae desu ne”, (My, such a grand name). What forethought of the young parents in selecting such a name. Jan Ken Pon is played by at least two persons and is symbolic of our two countries, Japan and America, and the bridging of our two cultures.

The emergence of this school has brought support and encouragement from different segments of the community. Because of popular  appeal, it exists to perpetuate the cultural roots that are basic to the self-esteem of everyone. For the aging Issei (first generation) in the community, it is an indication that their descendants value their heritage. For the Nisei, Sansei and Yonsei (second, third, and fourth generation), that heritage is a part of the roots that stated in Japan centuries ago and was transplanted to America by the Issei. The charter parents were united in sharing their goals in an exciting organizational effort. Each new family contributed to the on-going enthusiasm and innovation of the program. The task of Jan Ken Po Gakko is to build a bridge from the past to the present for understanding, interpreting, and sharing our rich cultural heritage with our children. 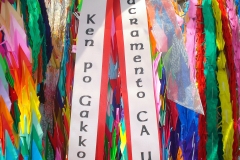 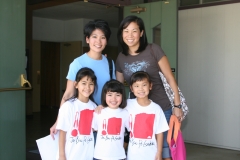 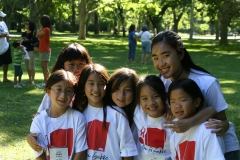 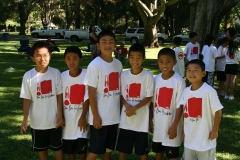 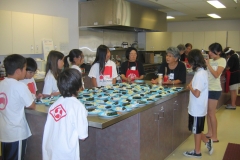